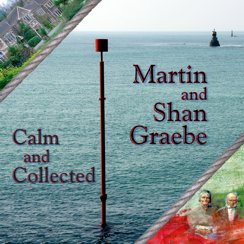 Price: £6.99
WGS414CD
The album is also available as a download from Amazon and other sites 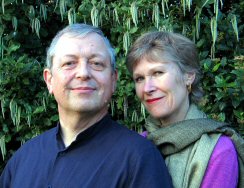 Martin and Shan Graebe sing traditional songs, mostly from the south of England &, mostly, unaccompanied & in harmony. Many come from the Devonshire collector, Sabine Baring-Gould, on whose work Martin is an authority. Martin has also written a number of songs that have become popular with folk audiences worldwide. Our previous CDs, Parallel Strands (2005) and Dusty Diamonds (2008), both released on the WildGoose label, have been unavailable for some time. This CD brings together 16 tracks from those CDs and we have also included three tracks that we recorded in 2013 for the book Folk Songs in Ralph Vaughan Williams’ English Folk Song Suite written by Prof. Robert Garofalo. We are grateful to him for permission to include them here.

We are fortunate that we were able to get some wonderful musicians and singers to support us on our two Wildgoose CDs. We are grateful to them all for their artistry and their help. Those represented in this compilation include: Paul Burgess Fiddle Becky Driscoll Fiddle Jeff Gillett Guitar and Mandola Keith Kendrick English and Anglo Concertina Barry Lister Tuba Paul Sartin Oboe Paul Wilson Accordion and Percussion Nick Wyke Fiddle Additional vocals Doug Bailey, Lynne Heraud, Barry Lister, Sylvia Needham, and Pat Turner

A song written by Martin about the life of the men who maintained the roads before the advent of modern machinery. Many of them, like Robert Hard, one of Baring-Gould’s singers, did so to earn the dole they got from the parish. Vocals – Martin Graebe, Guitar - Jeff Gillett, Percussion – Paul Wilson

Vaughan Williams got this song from Lucy Broadwood, who published it in her English County Songs (1893). Vocals – Shan and Martin

4 Jack in the Green
Graebe

This has become one of the most widely recorded of Martin’s songs and has often been assumed to be traditional – very flattering. Vocals – Martin and Shan, Guitar - Jeff Gillett, Accordion – Paul Wilson

Cecil Sharp collected this song in 1907 from the traveller Priscilla Cooper at Stafford Common, near Seaton, East Devon Vocals – Shan and Martin

Baring-Gould collected this song from from Samuel Fone of Mary Tavy. It is a version of Jack Hall, a song about a burglar executed in 1701. Sam Fone’s version is quite distinct from other collected versions. Vocal – Martin, English Concertina – Keith Kendrick

Cecil Sharp collected this song from Louie Hooper and Lucy White at Hambridge in September 1903. It was written by J.B. Geoghegan in 1873. Vocals – Martin and Shan, Concertina – Keith Kendrick, Fiddles – Nick Wyke and Becki Driscoll

8 From Severn, by the Somme
Graebe

Martin’s song is intended as a memorial to those women who died while in France and other fields during the First World War, supporting the men who were fighting there, and whose efforts have too often been overlooked. Vocal – Martin

This song, collected by Lucy Broadwood from Patience Vaisey in Oxfordshire, is the basis for the 2nd, Intermezzo, movement of the English Folk Song Suite. Vocals – Shan and Martin, Autoharp - Shan

The final tune in the English Folk Song Suite. Vaughan Williams has used a version collected by Sharp from Robert Pope of Minehead. Vocals – Martin and Shan

A Dartmoor version of Bold Reynard the Fox using words from Roger Hannaford with the tune Baring-Gould heard from Sam Fone. We have then added one of my own songs that paints a slightly different picture. Vocals – Martin and Shan

Another song from the remarkable Samuel Fone, of Mary Tavy., in this case an unusual version of a song widely spread through Britain and Ireland. Vocals – Martin

A version of the well-known ballad from Matthew Baker, from Lew Down, with two additional verses sung by Roger Luxton from nearby Bratton Clovelly. Vocals – Martin and Shan, Concertina – Keith Kendrick

One of the first songs that I wrote, based on a letter in the Girls Own Paper in 1897, which described the life of a Honiton Lace-worker. Vocals – Martin and Shan, English Concertina – Keith Kendrick, Fiddle – Paul Burgess

16 Laying My Life on the Line
Graebe

I used to travel to school by train as a small boy, often on my own, and the ‘gangers’ working on the rails were of great interest. This is another song about the nature of work, written several years after Stonecracker John. Vocals – Martin and Shan, Guitar - Jeff Gillett

17 The Great Galleon of Plymouth
Graebe

Another song by Martin, this follows in the footsteps of fantasies like ‘The Crocodile’ or ‘The Derby Ram’ (who takes a bow in the song). Vocals – Martin, Additional vocals - Doug Bailey, Shan Graebe, Keith Kendrick and Sylvia Needham 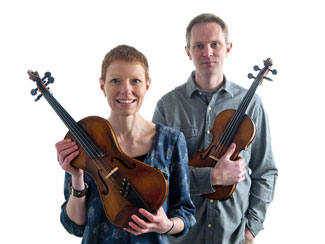 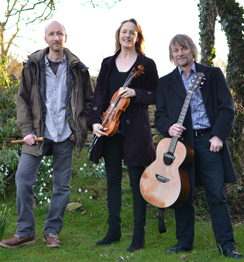 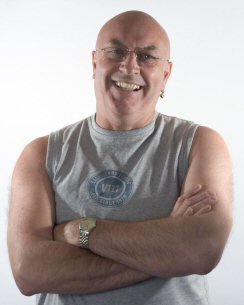 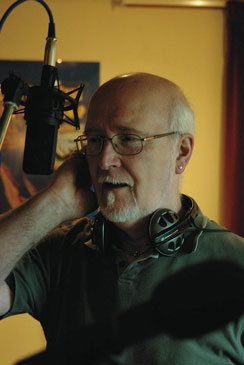 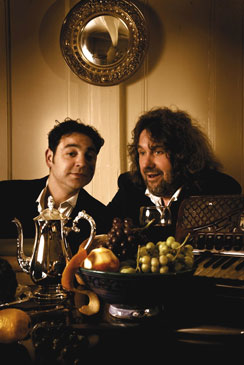